A school is a meeting place where students, parents and staff - often from diverse backgrounds - are united to share and build up knowledge. A Language Friendly School is an answer to the increasing multilingualism present in schools across the world; a result of people migrating to other places seeking employment, reuniting with loved ones or escaping war and conflict. Within a Language Friendly School, everyone welcomes and values all languages spoken by the students, the parents and the school stakeholders.

All schools should aim to become linguistically and culturally inclusive, meaning they recognize and embrace their students’ multilingualism, and take action to give space to these languages within the school community.

Language Friendly Schools are schools that have developed a language plan involving all members of the school: students, teachers and staff. It is a plan that is adapted to the school’s own needs and aims at creating an inclusive and language friendly learning environment for all students.

With the Language Friendly School, we envision a world in which:

Why a Language Friendly School?

Increasing mobility means that worldwide, multilingualism has become the norm rather than the exception. More and more schools consist of students who speak another language at home than the one that is used at school.

Scientific studies show that students learn better and faster when they also learn through their mother tongue, rather than being limited to learning only through the school language.

Yet, it is estimated that over 200 million school children do not receive education in a language they understand. And in many countries, children are punished for speaking their home language at school. Punishments vary from forcing children to stand outside the school, taping off their mouths, being barred from lunch to being expelled from school altogether.

The reason why schools dole out such punishments is not because teachers don’t want children to learn. Quite the opposite: there is a deeply held (but mistaken) belief that the best way for children to learn a new language is to make them forget their first language and the sooner this happens the better.

But young children who are just learning how to read and write, need to build confidence in acquiring these new skills and adapting to the new school environment. Punishment will achieve the opposite: they lose motivation and it will even impact their learning.

By allowing students’ home languages in school, students get the chance to strengthen their cognitive and social skills. Not only does this improve students’ skills in the school language, but they also understand the subject better. And this enhances their chances for a successful school career and integration into the wider society, without losing the connection with their families, cultural backgrounds and knowledge.

An international commitment to children

All children have an equal right to an education that respects their cultural identity. The Convention on the Rights of the Child (art. 29) provides that the education of the child should be directed to the development of respect for:

In 2015, 193 States adopted the Sustainable Development Goals and pledged to ensure that all boys and girls complete free, equitable and quality education by 2030.

According to UNESCO, ‘equitable quality education and lifelong learning for all is only possible when education responds to and reflects the multilingual nature of the society. Children, youth and adults require learning opportunities that are relevant to their lives and needs, in and through their own languages. Since SDG 4 is so foundational to the other Sustainable Development Goals, without mother tongue-based multilingual education the other 16 goals will remain unachievable.’ (UNESCO 2017)

By allowing students’ home languages in school, multilingual students get the chance to strengthen their cognitive and social skills

How to become a Language Friendly School

The Language Friendly School does not provide a blueprint of what schools must do. Rather, it starts with what schools need and what they can realistically accomplish.

At the very minimum, schools commit not to punish children speaking their mother tongue. For some schools this is already a significant step. By connecting with other Language Friendly Schools they can share good practices and teachers can be inspired to take a next step forward. 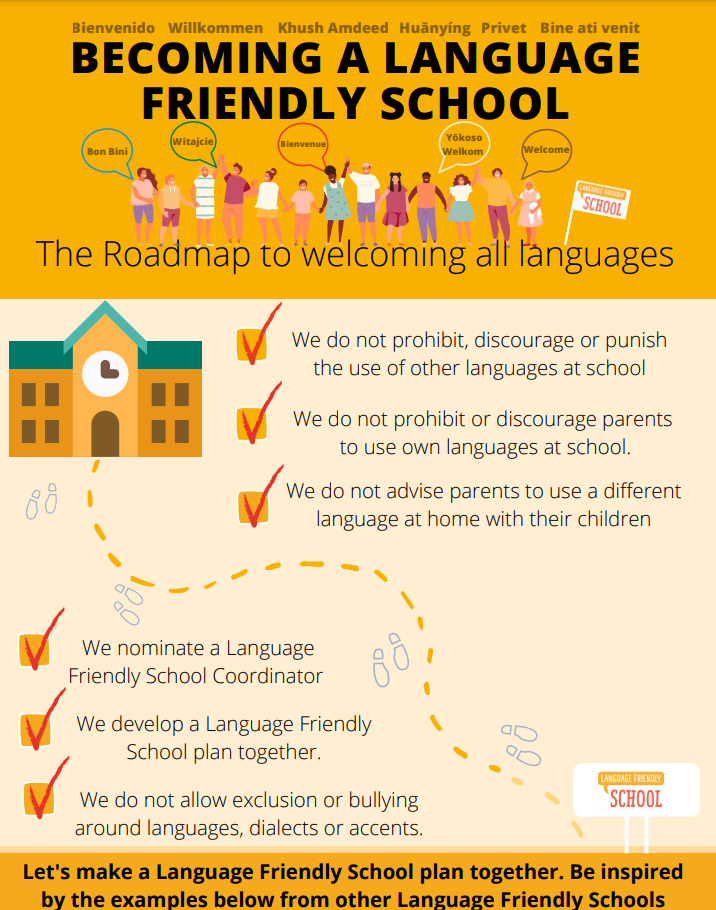 Schools who wish to go further may consider the following steps:

All schools are welcome to join. The network is open for primary and secondary schools; international, private, public and many more. If your school is interested in becoming a Language Friendly School, please fill out this form.

The Language Friendly School is endorsed by leading experts in the field of mother tongue and multilingual education and the right to education of the child, including:

BrochureLearn more about how you can join
Interested in becoming a Language Friendly School? Fill out the form

To achieve the goal of significantly eradicating the global practice of punishing children for speaking their mother tongue by 2030 and to provide language friendly learning environments for all children, the Language Friendly School initiative requires a broad base of partners and supporters.

The Language Friendly School is an initiative of the Rutu Foundation for Intercultural Multilingual Education, a non-profit organization based in Amsterdam, the Netherlands. For more information please contact: 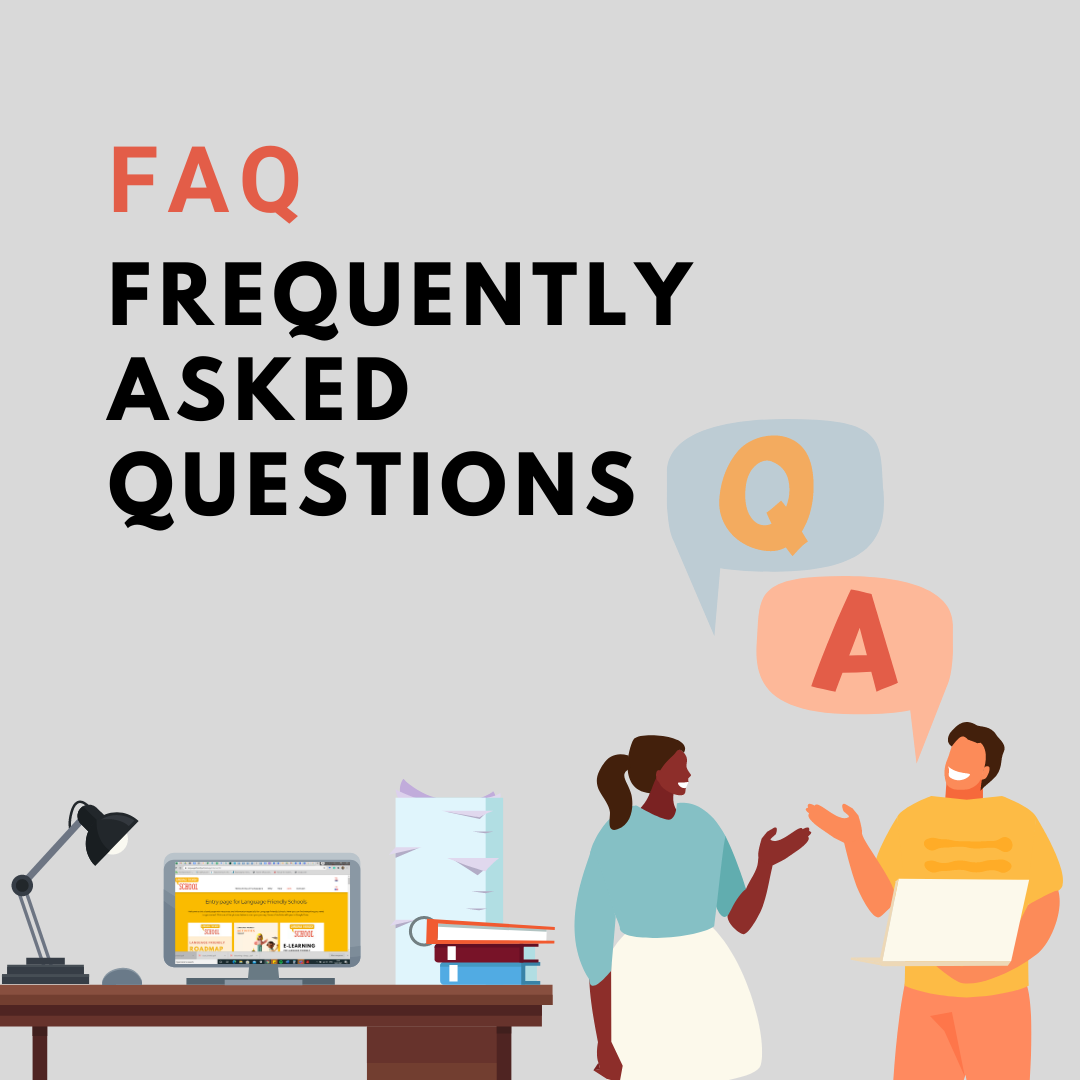